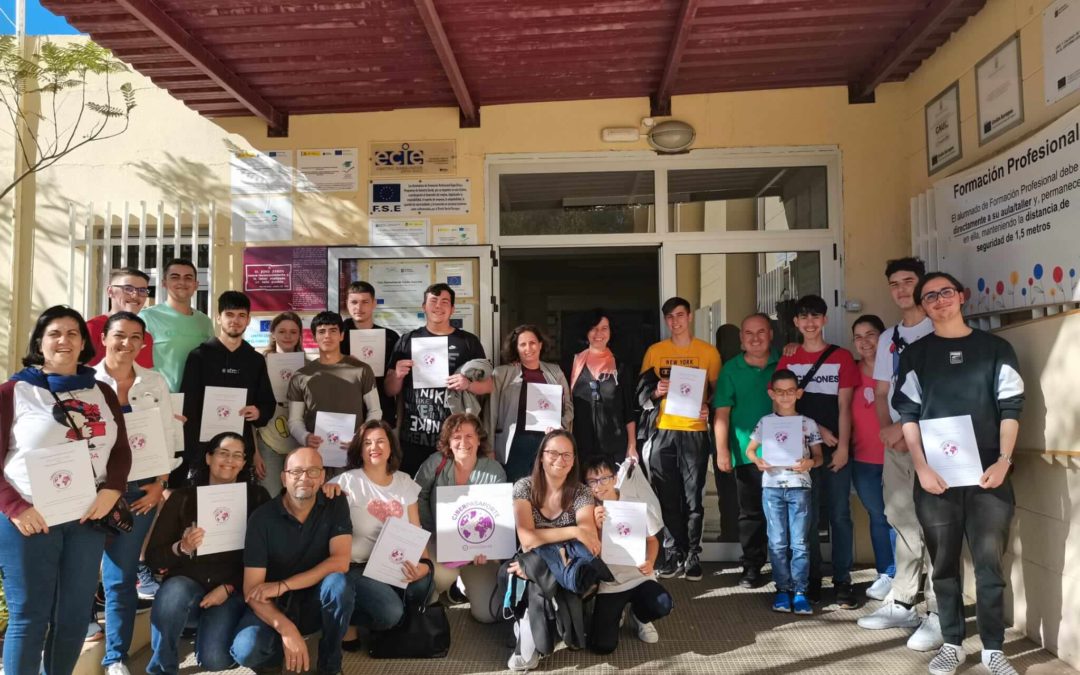 They have created within the framework of the campaign everything from jokes about cyberbullying to materials on ‘fake news’ and digital identity.

Nearly 500 students from 22 Secondary and Primary schools in Gran Canaria and 16 more from different parts of the Canary Islands and the Peninsula have participated in the ‘Young people and cybercitizenship’ project to raise awareness about the repercussions of personal actions on the Internet and social networks, as well as its importance in turning the digital world into a space for dialogue, respect, freedom, security and equality.

The initiative has been financed by the Citizen Participation Directorate of the Cabildo de Gran Canaria within its call for grants, being designed and developed by the Optionate Association to promote responsible digital citizenship that contributes to the construction of an inclusive, participatory, supportive society. and democratic.

The wide reception of this ‘Young people and cybercitizenship’ campaign in schools, with the direct involvement of more than 500 students and an estimated reach of more than five thousand content views on different digital platforms, is another reflection of the concern that young people and their elders have about the personal and collective management of the digital space. Precisely tomorrow, June 30, the International Day of Social Networks is celebrated, one of whose purposes is to underline the responsible use of these communication tools.

One of the pillars of the initiative was the participation in collaborative processes of a total of 126 students and fifteen teachers from the José Zerpa de Vecindario, Cipriano Acosta de Bañaderos, Francisco Hernández Monzón and Cairasco de Figueroa secondary schools. from Las Palmas de Gran Canaria, in addition to CEIP Galicia, also from the capital. These groups presented the content learned and showed the materials to more than 90 male and female colleagues and 24 families.

The works have crystallized in a total of 13 videos created by students and teachers, in addition to a wide range of materials that include from a podcast to a game based on the word puzzle format and a dozen more documents, contents and presentations that address aspects such as cyberbullying, digital identity, ‘fake news’ (intentionally false news) or different perspectives of the digital space and social networks.

Likewise, within the framework of this campaign, a telematic questionnaire was included that has been successfully passed by more than 400 people, most of them aged between 10 and 17, which has made it easier for them to obtain their `Cyberpassport for a better world.

This downloadable badge accredits your knowledge of the influence of personal actions and collective participation on the Internet and social networks to turn the digital world into a space that contributes to consolidating true democratic cyber citizenship.

Report and public link to all campaign materials

On the other hand, the compilation of the answers obtained and their analysis have served as the basis for the preparation of the report ‘Young people and cybercitizenship’. This radiograph shows, among many other results, that the vast majority, 94 percent, believe that they have an obligation to respect other people also in the digital space, while 77 percent underlined the importance of reporting or report bad practices, cybercrimes or fake accounts.

In addition, almost 60 percent claimed to have shared interesting and positive content, and nearly half, to have defended someone who has been mistreated on networks, while 41% said they deny hoaxes and check the truth. veracity of the information and a third party that has participated in global actions or citizen proposals through the internet.

These are just some of the many results and conclusions of a report that can be consulted at the link:

together with the videos and materials produced in the context of this campaign that has been planted in the educational community of Gran Canaria new seeds for a more participatory, egalitarian and respectful digital world.