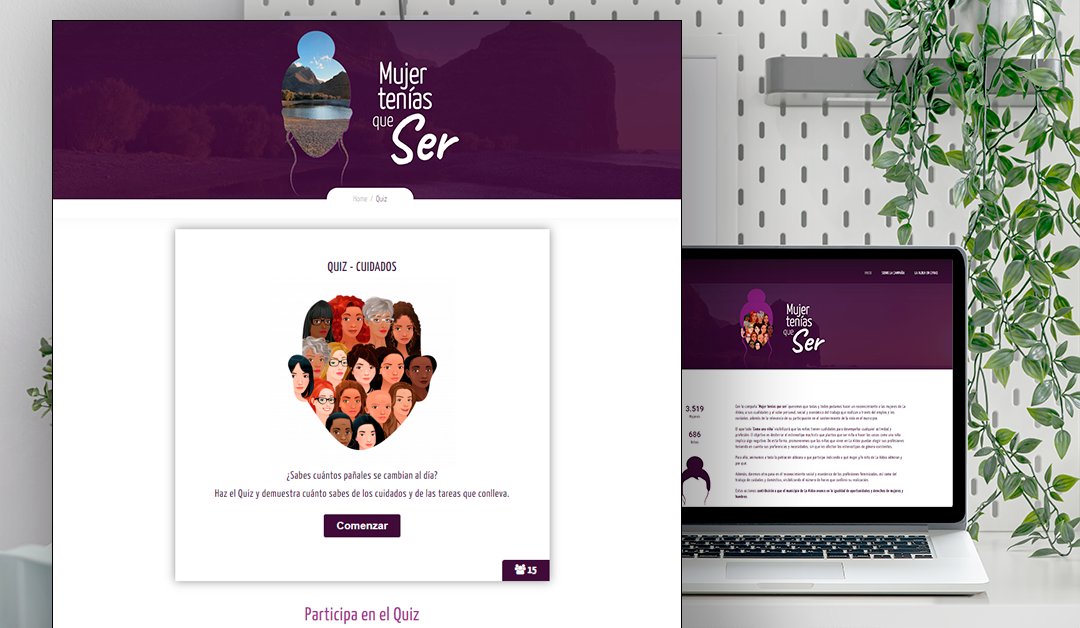 “La Aldea Emplea” started in April and will run until the end of 2022 and is aimed at women over the age of 18 and/or women carers.

The general objective of this project is to improve the visibility, social valuation and recognition of care work and co-responsibility, as well as to support carers and promote the employment of the female population in quality conditions, so as to enable them to reconcile work and personal life.

The initiative will be supported by an interactive website open to the entire population of Gran Canaria to gather the views of the island’s population. In addition, conferences on care will be held with schools, carers and social organisations with the participation of speakers. Workshops will also be held for teachers with proposals for activities on care for different age groups. A focus group will also be formed, which will lead to a diagnosis that will be the sum of multiple realities, perspectives and experiences.

In order to raise social awareness about collective co-responsibility in care, the population will have access to the website: http://www.mujerteniasqueserlaaldea.com/

The “La Aldea Emplea” project is part of the specific line that Opcionate has been developing with the aim of educating and raising awareness on equal practices, work-life balance and co-responsibility.