Firgas City Council makes available to families and schools a guide to prevent and act against gender-based cyber-violence. 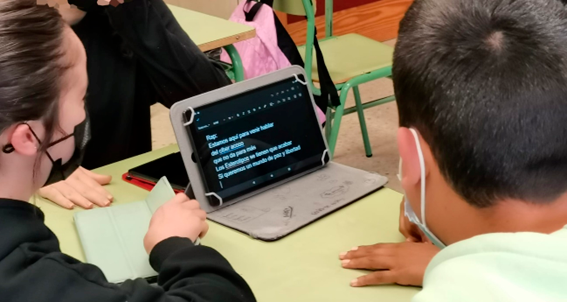 It arises from the work developed with teachers and students in the framework of the development of the State Pact against Gender Violence.

The initiative of the Department of Equality Policies included the delivery of workshops at the IES and the development of a guide for families.

Firgas City Council has taken a step forward to achieve a safer, more egalitarian and respectful society with the edition of a guide for families to prevent, detect and act against gender-based cyber-violence.

The document has been prepared in digital format to facilitate its dissemination in social networks and its use as a working tool for both families and teachers in schools, as well as for anyone interested in this latent current issue. It is already available for consultation at the following link: https://opcionate.com/wp-content/uploads/2022/07/Guia-didactica-ciberviolencias-machistas-mteresa-designer.pdf

This family guide against male chauvinist cyber-violence has been promoted by the Department of Equality Policies in the framework of the development of the State Pact against Gender Violence and the City Council of Gran Canaria with the services of the association Opciónate, based in Gran Canaria and specialized in the field, for its implementation.

The roots of the guide can be found in the theoretical and practical sessions of the training workshop ‘Prevention and cyber-activism against male chauvinist cyber-violence’, participatory and experiential meetings in which students and teachers from four groups of second year of ESO of IES Villa de Firgas participated and in which various informative materials that invite reflection on this scourge were also born.

Finally, the project branched out to produce a complete guide structured in ten points and with a design that facilitates its reading and the understanding of the most important aspects, definitions, edges and statistics of the problem.

The document starts with the answer to the question ‘How do we relate online? ‘, where it explains that on many occasions intimate aspects of our lives that we do not share in person are publicly displayed on the Internet and that “with the development of technology and the daily use of smartphones, we have continuous and immediate connection with information and with other people”, which can also create dependence.

The item ‘What are cyber-violences’ underlines that it is “the phenomenon that takes place when respect for freedom, dignity, honor, privacy and self-image is denigrated” with the use of ICT’s, through cell phones, email, and social networks such as Instagram, Facebook, Twitter, TikTok, YouTube or Linkedin, among many others.

The students also joined the ‘Cyberpassport for equality’ campaign, a questionnaire to reflect on online violence, gender-based cyber-violence and cyber-activism for equality between women and men. The seal is obtained with a minimum score of six points out of ten in the link https://opcionate.com/es/ciberpasaporte-por-la-igualdad , an open door to join this growing community of cyberactivists.

All the information about the project in Firgas can be viewed at: https://opcionate.com/es/ciberpasaporte-por-la-igualdad-ayt-de-la-villa-de-firgas/