The European project ‘Free to Choose’ lands in the Canary Islands 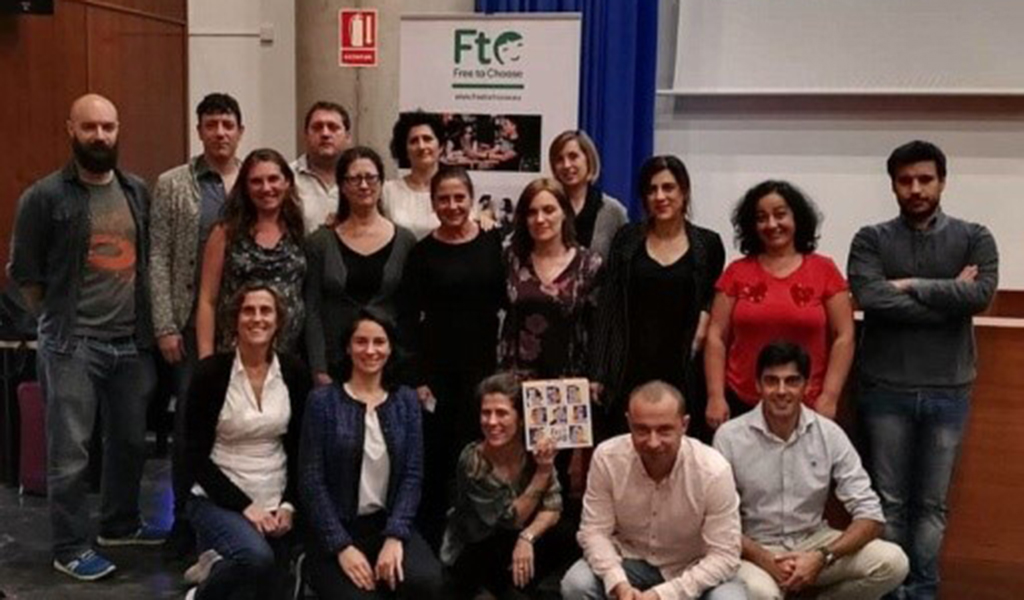 Opciónate organises the presentation of the initiative funded by the EC

The city of Las Palmas de Gran Canaria hosts the presentation of the final prototype of the board game designed within the project ‘Free to Choose’, funded by the European Commission. Its aim is to encourage young people to think about their working future without gender stereotypes with a playful and didactic resource developed and based on various tests carried out with young people from different European countries.

This day entitled ‘Free to choose professions without gender stereotypes’, which will take place in the facilities of the Canary Islands Institute for Equality in the Multipurpose Building II in the capital of Gran Canaria, also includes a game session with a group of young people from Gran Canaria with the collaboration of IDEO, an activity that will take place from 15.00 hours.

The director of the Canary Islands Institute for Equality, Claudina Morales, will open at 09. 30 a meeting with the participation of representatives of the Social Cooperative Itaca (Italy), coordinator of the project, and the partners: Opciónate, an organisation based in Gran Canaria, the University of Valencia, Apload (Portugal), IRES FVG (Italy), Regione FVG (Italy), University of Modena (Italy), Playres and Unimore (Italy), Nefiks and McBit (Slovenia) and the Institute of Mediterranean Gender Studies (Cyprus).

The ‘Free to Choose’ project was funded by the European Commission through the ‘Justice’ programme, which aims to support transnational projects that promote good practices to overcome gender roles and stereotypes in education, training, and employment. It began in January 2017 and will end in July 2019, and will therefore last for 30 months, during which time actions will be carried out in five countries (Spain, Italy, Portugal, Cyprus, and Slovenia).

Free to Choose’ aims to address problems such as the persistence of stereotypes and gender roles that affect effective equality between women and men in education, training and employment, the lack of awareness of key personnel involved and the recognition of gender stereotypes as specific obstacles to achieving equal opportunities in employability or the lack of innovative tools aimed at young people who require training and employment guidance.

In this line, its main objectives are to raise awareness on gender diversity and stereotypes, to actively promote a cultural and behavioural change among young people and adult staff involved in the educational and labour transition phases (from secondary schools to universities and the labour market) and to lead a different vision from a gender perspective on professions, skills, and opportunities in today’s labour market.

It also takes on the challenge of decoding, recognising, and overcoming gender stereotypes by working with both young people and key adults in decision-making processes when choosing professions.

The lines of work encompass elements such as the elaboration of an operational map to produce evidence-based knowledge (the result of qualitative research) to serve as a basis for the development of the project. This has involved country research on gender gaps in the education system and the labour market and in-depth analysis of stereotypes among young people in the process of transition between secondary school and university and the labour market.