Chamber and action against gender violence in Mogán 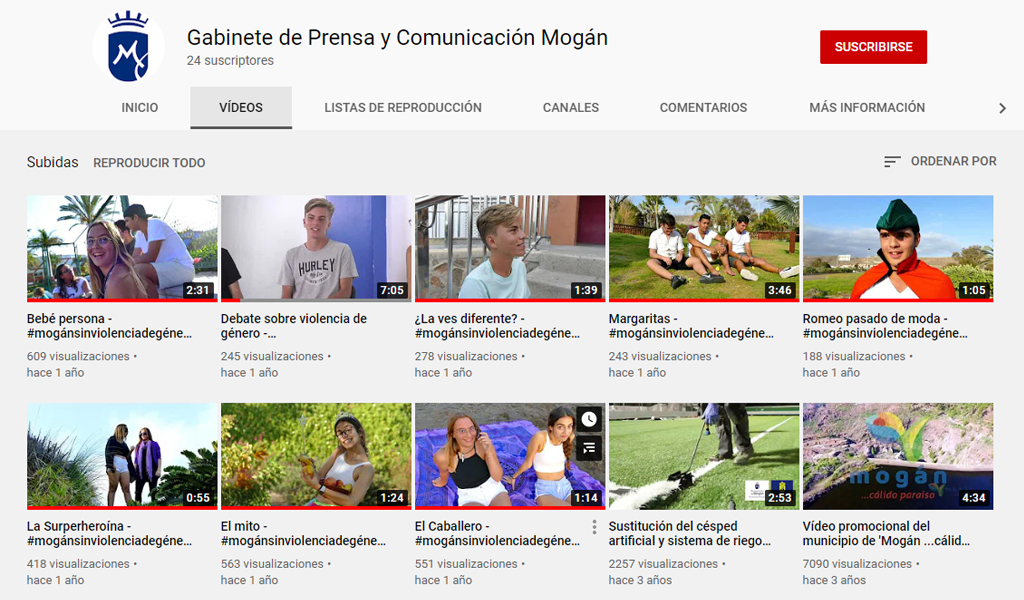 Eight short audiovisual pieces starring young people from Mogán have become new tools against gender violence. The short films have been created by the Association Opciónate (Mejora tu Vida y Mejora el Mundo) with the support of the production company Happy Producciones as part of the campaign for the prevention of gender violence of this municipality in the south of Gran Canaria.

The videos have two characteristics that give them a special character within this type of creations. On the one hand, their main added value has been the involvement of the young people of Mogán, who were also an active part of the creative process to define the scripts and the execution of the short films. On the other hand, the variety of formats chosen to convey the messages and mobilise consciences stands out.

The project has resulted in a total of eight videos that play ironically with romantic myths and even feature the special collaboration of a baby in one of the most striking pieces of the initiative. Humour, crudeness, imagination, harsh reality, interpretation, and debate go hand in hand in a journey that had a common goal: to fight and mobilise consciences against gender violence.

The new audio visual material of the project, called #mogánsinviolenciadegénero #grábatelo, is part of the actions carried out by the Prevention and Care Service for Women and Minors Victims of Gender Violence of the Mogán Town Hall and is part of the measures included and financed by the State Pact Against Gender Violence.

The audiovisual material will be used in socio-educational programmes in this area. In addition, the Mogán Town Council will provide the population with socio-educational material to identify the signs of a healthy or toxic relationship through posters, leaflets, and bookmarks. Notebooks and USB sticks will also be distributed.