New secondary schools, more dissemination and involvement of families enhance the reach of the campaign ‘Cyberpassport for a better world’ 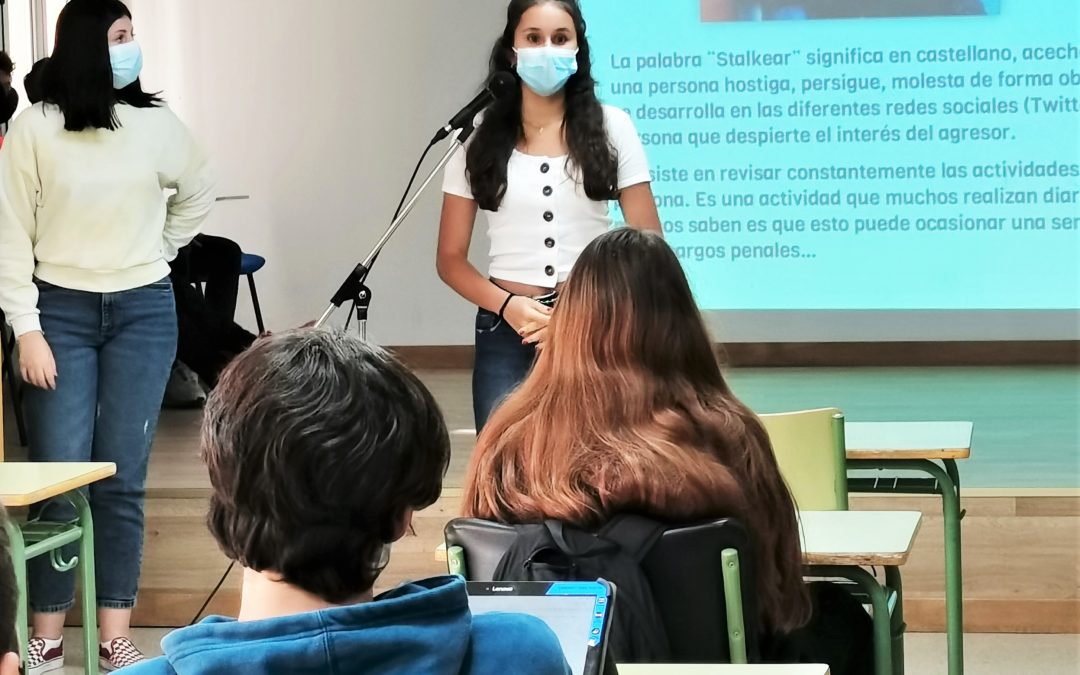 More than 500 people have already completed the questionnaire that measures responsibility on the Internet and social networks.

The Opcionate association will expand the scope and objectives of the campaign ‘Cyberpassport for a better world’ with greater diffusion, its extension to other three secondary schools in Gran Canaria and the involvement of families in this project that started last year to promote digital democratic citizenship as a mean for social improvement.

This initiative  highlights the importance of our attitude on the Internet and social networks to turn the digital world into a space for dialogue, respect, freedom, security and equality hand in hand with a true democratic cybercitizenship is funded by the Citizen Participation Unit of the Cabildo of Gran Canaria.

The continuity of the project is based on the good response obtained until now.

As a sample, more than 500 people have completed the online questionnaire that measures responsibility in the use of social networks and the Internet.  If the questionnaire is successfully overcome by obtaining at least 8 out of 16 points, allows to download a virtual passport that certifies it. This has been the case of the majority of people who have filled it out. The challenge, which also involves invitation to individual reflection can be found on the web:

The analysis of the responses obtained through the questionnaire will allow a study on the perceptions, knowledge, uses and forms of social and political online participation from a gender perspective of the population in Gran Canaria.

An online forum is also active to collect opinions and proposals for the improvement of digital cyber-citizenship.

The participation of the educational community will continue to be a fundamental pillar of the project. In fact, the questionnaire  and video of the campaign was developed with the contributions of students and teachers of the IES José Zerpa de Vecindario, Cipriano Acosta de Bañaderos and Francisco Hernández Monzón from Las Palmas de Gran Canaria, the three high schools with which Opciónate worked in 2021. These three secondary schools together with  other three in 2022 will  allow the increase of the cyber activists and multiply the reach of the campaign with new videos, materials and resources.

Among the new features of the  2022 campaign are the involvement of the students, teachers and families together in the six high schools with participatory and experiential training in aspects related to democratic cybercitizenship or the cyber violences detection indicators, in addition to compiling proposals to create a more constructive digital world.

Likewise, the project website will be translated into English, which will facilitate a greater reach among English-speaking people and will give greater coverage of national and international actions, facilitating dissemination also in high schools that participate in European or International educational programs.