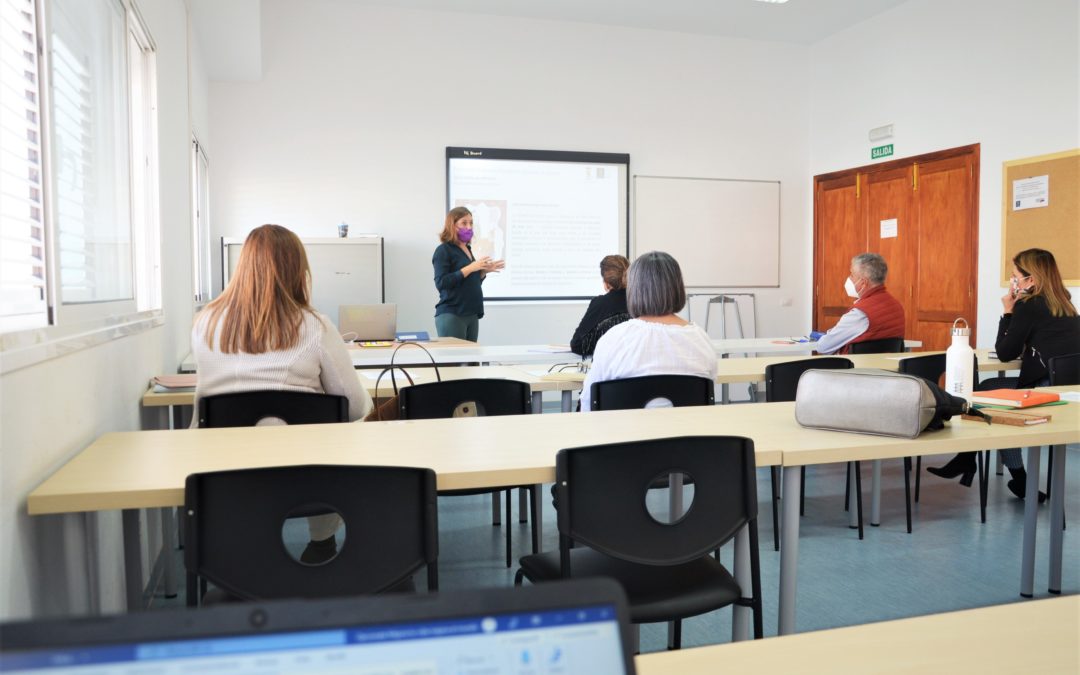 This week the La Aldea Town Hall has taken new steps in favour of gender equality in the municipality with a training session aimed at public representatives and municipal technical staff and, on the other hand, with the presentation of the campaign ‘Mujer tenías que ser’ (You had to be a woman), which included a meeting with social entities, educational and health communities, companies and other groups to gather contributions and enrich the initiative.

The campaign, promoted by the Department of Social Welfare, Solidarity and Equality headed by Yazmina Llarena, will make visible the work carried out by women in the public and private spheres of the municipality, is part of the project ‘La Aldea Infinita’, within the III Equality Plan of the City Council, funded by the Department of Equality of the Cabildo of Gran Canaria, and its implementation has been entrusted to the Opciónate Association.

The training session with politicians and technical staff of the Town Hall emphasized the tools to mainstream equality so that it permeates all actions, programmes and policies of municipal action and meet the objectives of the III Equality Plan of La Aldea, as well as detailing the contents of the new awareness campaign among citizens.

For its part, the meeting with the groups took place in the Municipal Culture Centre and served to present the philosophy and contents of the campaign to civil society, who had the opportunity to contribute their suggestions. At the meeting it was made clear that this initiative will give continuity to and reinforce the results of previous equality projects.

The campaign already has promotional images that combine the landscape of the municipality, the silhouette of a female face and the faces of various women. In addition, an interactive website will soon be launched, open to the participation of the population as a whole, which will also show the results of the contributions of the educational centres, among other areas.

The challenges of the campaign are to show the existence of sexist stereotypes, to promote a change of mentality in favour of equality and to revalue socially and economically feminised jobs and all tasks, including care, as well as to give visibility to women and girls of La Aldea and their abilities.
La Aldea Infinita’ follows the guidelines of the Strategic Framework for Equality Gran Canaria Infinita, specifically its programme of institutional change that integrates training projects with a gender perspective and intersectionality, gender mainstreaming and LGTBIQ+.

In this sense, the City Council promotes policies aimed at fostering the achievement of those goals that lead to promoting institutional change oriented towards structural equality. In short, it is proposed to consolidate the mainstreaming of equality policies in all areas of the City Council and at all levels of the municipal structure, as well as in the relationship of the local entity with the rest of the agents that intervene in its territory, both public and private.