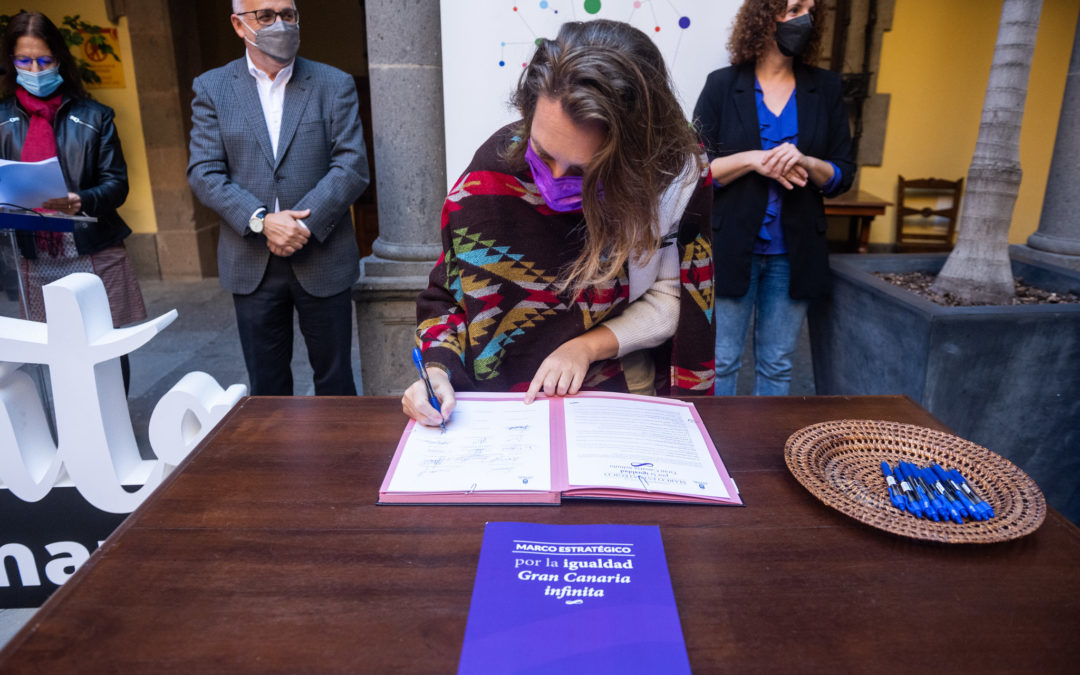 The association Opciónate has joined the Strategic Framework for Equality ‘Gran Canaria Infinita’ promoted by the Cabildo de Gran Canaria to articulate public policies in this area on the island. The coordinator of the organisation, Ana Lidia Fernández-Layos, formalised the commitment to the initiative together with representatives of 21 other organisations at a ceremony held in the Casa de Colón with the participation of the president of the island’s institution, Antonio Morales, and the councillor for Equality, Sara Ramírez.

Morales praised the work carried out by each of these organisations, thanked them for the commitment they have made to Gran Canaria society as a whole, and added that this step “makes clear their willingness to work together to achieve real and effective equality in Gran Canaria”.

This document, which was approved last March, has been drawn up with the aim of transforming the model and the process that had been followed until then, to define the island’s equality strategy.  “The two previous plans were strictly institutional in nature and only affected the work carried out within the Cabildo de Gran Canaria, without involving groups, organisations, town councils and social agents,” said Morales. “With this new Gran Canaria Infinita Framework, we intend to get the support of all the actors involved in promoting equality on this island,” he stressed.

Sara Ramírez, for her part, stressed the importance of the union of social entities in the coordinated work for equality. “This is an objective that is at the heart of the policies of the Cabildo de Gran Canaria and this search for synergies is a further demonstration of the commitment acquired by the Institution, which endows this strategy not only with a theoretical framework but also with an economic commitment”.

Along these lines, she announced that the Island Corporation plans to grant 400,000 euros in subsidies to social entities during 2022, for the development of projects that promote equality. These initiatives must focus on the lines of action included in the Gran Canaria Infinita Strategic Framework, and each group will receive a maximum of 20,000 euros.