Opciónate participates in the International Conference of the Athena Project 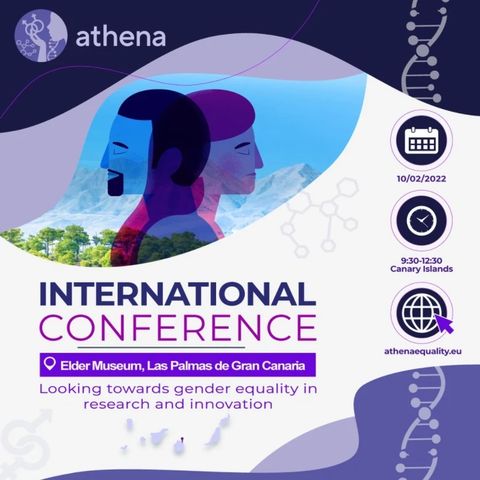 The Opciónate Association participated in the International Conference of the Athena Project, an initiative supported by the European Commission to promote equality in science and research with the participation of entities from Slovenia, Portugal, Romania, Italy, Slovakia, Bulgaria, Poland and Spain, including the University of Las Palmas de Gran Canaria and the Canarian Research Agency, Innovation and Information Society of the Government of the Canary Islands.

The presentation ‘Research and digital tools to promote equality’ by the coordinator of Opciónate, Ana Lydia Fernández-Layos, highlighted the opportunities offered by the digital environment to promote institutional action, as well as the participation and awareness of citizens for the benefit of the rights of women and girls.

In addition, she gave examples of projects that Opciónate has developed or in which he has participated, such as cyberpassport, the map of sexist cyberviolences of Gran Canaria, the elaboration of videos with the youth of the municipality of Mogán, the project ‘Cruzando Redes’ of Valsequillo or the game to combat gender stereotypes within the framework of the ‘Free to Choose’ initiative funded by the European Commission, among other actions.

In addition, Paulo Fontes, professor at the Center for Humanistic Studies at the University of the Azores, spoke about the challenges of gender equality in research and innovation just before Laura Grunberg and Irina Costache, from the University of Bucharest, delved into good practices on transformative measures of Gender Equality Plans.

The president of the Iguálate Association, Valeria Payán, addressed the factors that influence the participation of girls in education linked to science, engineering and technology. Next, Beatriz González López-Valcárcel, PhD in Economics and Professor of Quantitative Methods in Economics and Management, gave the talk ‘Inspiring Women and Scientific Economics’.

Finally, the Polish researcher Joanna Rudawska from the Jan Kochanowski University in Kielce spoke about the reality of women in the world of +D+i before the start of the round table ‘Reducing the gender gap’, which put the finishing touch to the meeting.

The Athena project will be developed between 2021 and 2024 with the aim of promoting gender equality in the field of research: reducing inequalities between women and men in selection, recruitment and promotion and in decision-making, ensuring that the contents and objectives of research are carried out with a gender perspective and encourage support for women researchers and improvements in work-life balance policies in the context of science and research. Opciónate will continue to support ACIISI, one of the project’s partner entities in this work.