Only 5% of women who suffer sexist cyberviolence in Gran Canaria report it to the authorities. 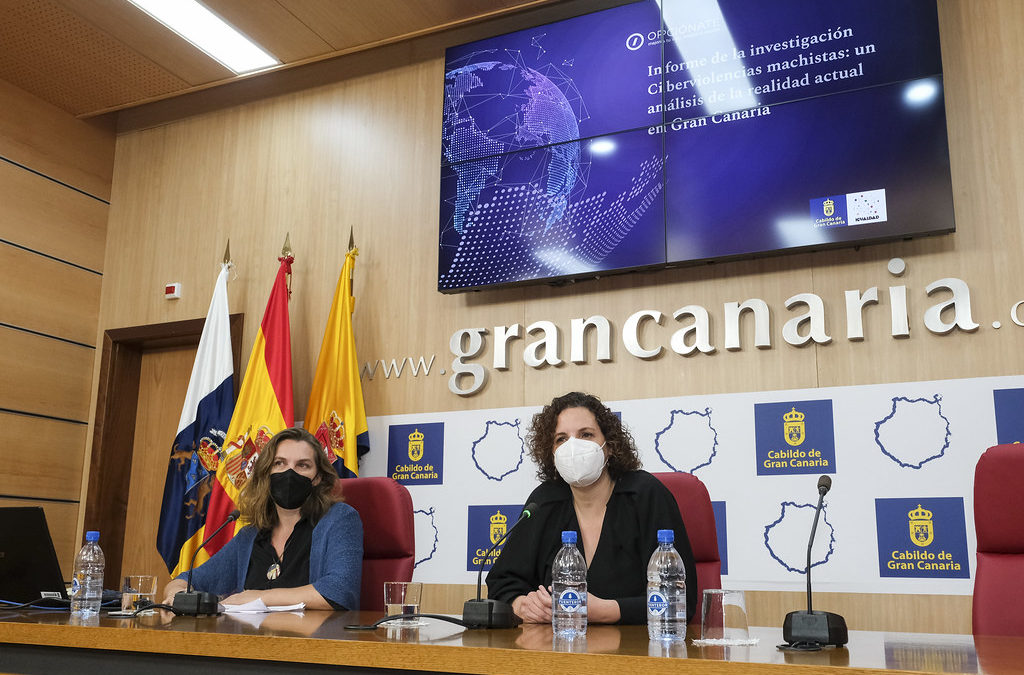 The final report of the investigation ‘Cyber-sexist violence: an analysis of the current reality in Gran Canaria’, financed by the Cabildo, offers the first diagnosis of the phenomenon on the Island.

The research, carried out by the Opciónate Association, includes more than 330 surveys, interviews with victims and a focus group with members of local, insular and regional institutions.

The work raises numerous proposals, in order to strengthen the mechanisms of prevention, protection and complaint.

Only 5% of the women who live on the island and who suffer sexist cyberviolence report the incidents to the authorities, according to the investigation ‘Sexist cyberviolence: an analysis of the current reality in Gran Canaria’, promoted and developed by the Opciónate Association and financed by the Cabildo de Gran Canaria, through its Ministry of Equality.

As the insular counselor of the area, Sara Ramírez, and the coordinator of the association, Ana Lydia Fernández-Layos, have explained today, this is one of the data that this investigation throws up, whose preliminary results already reflected that 50% of the women from Gran Canaria have suffered at least one situation of sexist cyberviolence of a sexual nature on the Internet; that another 16% say that a friend or acquaintance has also suffered from it; and that almost two thirds of the female population interviewed have been or know a woman close to them who is a victim of cybersexism in their relationships.

“Among the objectives that we have in the Cabildo de Gran Canaria in the Equality policies, one is the specialization of the services that we provide to the victims of gender violence on our Island. In this sense, this pioneering study in the Canary Islands offers us the first picture of the impact of the phenomenon and its effects on the Island and it will allow us to strengthen the prevention, protection and complaint mechanisms, as well as to have a series of proposals aimed at improving the care we give to women”, the counselor has assured.

“Already in 2019, we created the Service for Victims of Sexual Violence; In 2020, we launched the Psycho-educational Care Service for Minors Victims of Gender Violence: and last year, the ‘Maday Project’, the shelter for women victims of gender violence with addiction problems”, she recalled. “And in this agenda, attention to cyberviolence now takes on great importance, as we have this analysis of the reality of digital violence in Gran Canaria.”

It has also detailed that the initiative is part of the ‘Research Program and Feminist Studies with an Intersectional Perspective’ of the Strategic Framework for Equality Gran Canaria Infinita and that it has involved an investment of 19,928 euros, from the call for Grants for the promotion of Equality for reasons of sex, sexual orientation or gender identity of 2021.

Specifically, this research has included the development of a digital survey of more than 330 women on the Island, in-depth interviews with victims of sexist cyberviolence and a focus group with representatives of local, island and regional institutions.

The work has focused on analyzing three types of cyberviolence. On the one hand, those of a sexual nature, which take place on the Internet or on social networks, such as receiving emails, images or sexual messages repeatedly without having been requested, as well as continuing to insist on a sexual conversation, after asking stop.

Secondly, cyberviolence that occurred in the field of sentimental relationships has been dealt with, especially through the review of mobile phones to control calls, messages and contacts, or the use of social networks to control what they did and with whom the women under study.

And, finally, the symbolic or discriminatory sexist cyberviolence that floods the digital world. These are manifested through content that shows women simply as a sexual object, insults for defending feminist postulates, jokes or memes about rape or aggression against women, or exclusion from forums for the mere fact of being a woman, among other cases with which a vast majority of the interviewees have come across.

In this way, the report concludes that 44% of the women surveyed responded that they would not know where to go to report this type of incident and also expressed their doubts and fears related to revictimization, the need to demonstrate that this situation is suffered, to contribute tests and that they are admitted.

The research also reflects that there is a “widespread perception of risk” among women in the online environment and how these negative experiences have direct consequences.